The North Turn at Daytona..I Believe 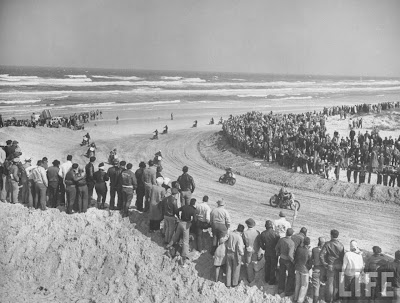 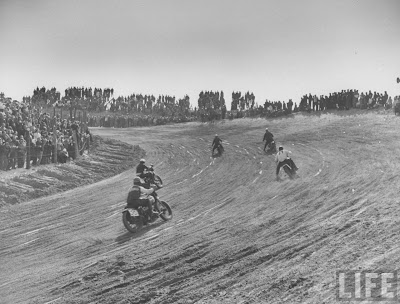 Posted by Flathead Jedd at 8:27 AM

See, this is interesting.

These pictures show the riders with the ocean on their R/H sides as they go around the track.

The pictures from Beauty Of Speed you posted show the ocean on the rider's L/H side as they cross the finish line. I know they didn't reverse the pictures on BOS, because the number plates read the right way.

I was born in Daytona Beach, at Halafax Community Hospital, the same one they took Ernhart to. It's really close to the Daytona 500 track.

My mom and dad used to go down and watch the stock car races on the beach course, same one the motorcycles ran on.

My mom has all kinds of pictures from the stock car races from '53-'58 (her dad used to race stock cars), and she has some killer pics of the cars coming down the beach 3 and 4 abreast for the "green flag" start of the race. The cars have the ocean on the right side of the cars.

I called her and asked, and she told me both the cars and bikes definately raced counter-clockwise on the beach course, with the straight with the ocean on the right side.

I wonder why the BOS pictures show the bikes running the other way?

I dunno Rich. I went back and looked at the BOS pic and they all seem to have the ocean on the right, which makes the turn the north end of the course. I also have some video and it shows them comiong of the sand and on to the asphalt in a left turn.

The tinted one's......way back on here.
The north turn one looks fine, but the finish line one below it, with the waving checkered flag has them with the ocean on the left.

I see now. The only thing I can think of is that the colored photos appear to be "touched up" for possible ads and post card use. Perhaps liberties were taken by the artist who colorized them. 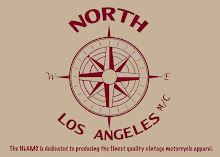 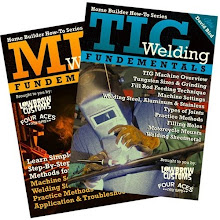